Grammar and Our Brain: What Is the Best Exercise to Learn Grammar

Grammar is a dry and complicated matter. That’s what most people think. But how difficult is it to learn a language’s grammar? Where do we store grammar in our brain? And what is the best exercise to learn grammar? What make it easier for us to learn languages? Find out in today’s article!

Go to Best Exercise to Learn a Language’s Grammar

How Important Is Grammar?

Your genes determine how big you are, what colour your eyes are, and how vulnerable you are to various diseases. Some of them also decide how well you can express yourself in your native language. In the early centuries, scientists believed that humans were born with the ability to understand and learn a language. That there is a mechanism that knows how to construct sentences properly. However, most neuroscientists and psychologists contradict with this position. According to them, we learn how to build sentences correctly purely from experience.

This theory of congenital grammar skills was supported in 2016 by scientists[1] at the Max Planck Institute for empirical aesthetics and the New York University. One of the authors, David Poepel, explains:

Our neurophysiological findings support this theory: we make sense of strings of words because our brains combine words into constituents in a hierarchical manner—a process that reflects an ‘internal grammar’ mechanism.

Our brains lock onto every word before working to comprehend phrases and sentences. The dynamics reveal that we undergo a grammar-based construction in the processing of language.

Why Is the Learning of Grammar Often Hindered?

Learning a new language is a complex task. New words need to be remembered and simultaneously put together using grammar. There is also the right pronunciation and a good understanding to be able to communicate in conversation.

Traditional vocabulary and grammar cramming divides our knowledge into categories. There is the Broca’s area for grammar and the Wernicke’s area for words. Vera F. Birkenbihl called these categories “drawers.”

For example, when learning the German word “Tisch,” the brain files the word connection “Tisch-table” in a separate drawer. There are, however, some grammar rules in a different drawer. If you’d like to formulate a correct sentence, your brain first needs to open separate drawers. As a result, you’ll probably never speak fluently.

By learning full sentences, you learn the sentences’ meanings and grammar at one time. The syntax, (the combination of rules and words), is stored in a particular bundle of nerve fibres (Fasicculus arcuatus) according to the pioneering knowledge of Angela Friederii[2]. The Fasicculus arcuatus nerve fibres are not well-developed in monkeys. Monkeys can’t learn combinations, but they can learn words. This bundle is also not fully functional in newborn children, but it does develop over time. When you begin learning a foreign language, you should learn the language structure first. You’ll learn faster, using the language will be more comfortable, and you’ll speak more fluently.

Can you explain the grammar of your native language? When do we use the “will future”? When do we use the “going-to future”? If you can explain and know the answers, you may be a teacher, and therefore you need to know. In everyday life, however, there’s no need to remember grammar. But why can we apply the right tenses without knowing the rules behind them? Because we have learnt our mother tongue subconsciously. By listening and imitating, we’ve learnt to speak our native language without having thought about the complicated rules.

The human neural network is fully equipped to learn from examples and patterns and to derive automatically from “rules.” We can see this brain skill in many everyday situations. For example, football enthusiastic children know when there’s an offside play, but they can rarely explain why. Many musicians play instruments without being able to read music. There are people who understand and speak a language perfectly, but would fail in a grammar test, because they don’t know terms like “declination,” “modes of verbs,” or “conjugation.”

If we’re fed by rules, we’re no longer able to conduct our own research. In today’s education system, if we can no longer conduct our own research, there are, unfortunately, little possibilities to learn subconsciously. If we could, it would be much simpler and more sustainable. Fortunately, you can choose to change and adapt your learning habits!

Our brain automatically attempts to abstract rules. That’s why there’s no need to learn the grammar rules for a (foreign) language.

Foreign Language Versus Mother Tongue — Are There Differences in Processing?

For the first time in 2016, Max Planck researchers in the Netherlands[3] took images of the brains of people learning a new language. An artificial, imaginary language was used to prevent the influence of prior knowledge. Results showed new languages are processed and their information stored in the same regions of the brain as the mother tongue.

The brain compares the morphological characteristics of the new language with those of the mother tongue. It decides whether to apply well-known grammar or create new rules. For the first time, researchers have shown that it’s, therefore, easier for us to learn languages resembling our mother tongue. Author Kirsten Weber:

To process a familiar structure repeatedly is less demanding for the brain.

Foreign language is not similar to the grammar of your native language, and so, repeating the unknown structures, brain activity in the regions also used for the mother tongue, increased.

A stronger activation could be a reflection of a special mechanism in the brain. This probably consists of the setting up of a neural network that detects and processes irregularities in new words.

Vera F. Birkenbihl’s study about the automatic abstraction of rules supports this.

If we now combine the research findings, we can sum up:

Our Tip for the Most Effective Grammar Exercise:

De-coding is a word for word translation of a sentence. By dividing the foreign language into parts, we de-code it piece by piece.

To do so, you use a self-selected text and translate it on your own and interlinear. First, try to translate the meaning of the individual words without any help. Unknown words can be looked up in the dictionary. Interlinear means you paste an empty line between every text line and use it for your translation.

When de-coding, it’s of utmost importance you translate word for word (instead of contextually). It helps you learn whole sentences, not just isolated words.

For example, a word for word translation versus the contextual translation:

Contextual translation: We are looking forward to working with you.

The idea of the 1:1 translation goes back to the automatic processes in our brain. An intuitive and automated way to learn:

Interlinear translations follow the structure of the source language. They result in a translation, which is incorrect in your native tongue regarding grammar structures but focus on the “background” of the foreign language.

You de-encode the foreign language according to the patterns and rules of your own mother tongue or as close as possible. This step ensures you also take on the adaptations, such as cases, plural forms and conjugations. The process will make it easier for your brain to learn more about the grammar of the language because it’s easier to compare to your mother tongue.

De-coding is especially important at the beginning of the learning process because it’s the only way to really understand the foreign language and to learn the brain-friendly way. Our mother tongue serves as a “bridge,” which we use to learn intuitively and quickly. However, at some point, we will no longer need it.

Learn more on decoding here: The Birkenbihl Approach: Decoding a Text. Which Languages Are Particularly Suitable?

[2] Angela Friederici und Noam Chomsky (2017). Language in Our Brain: The Origins of a Uniquely Human Capacity. 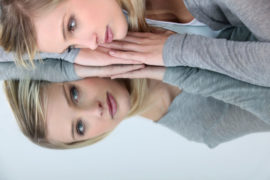 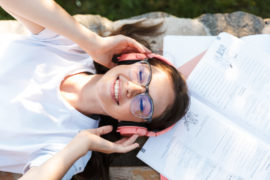 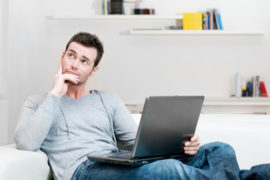