job and education students and parents teachers and trainers

Do you want to improve your communication skills, make employees more creative, develop personalities or solve problems? Birkenbihl was famous for her intelligent mind games. Today we present 3 of these games that will help you reach your goal faster and easier! Try it yourself – you will be amazed!

Purpose: to negotiate, to persuade
Interesting for: teachers, trainers, job

“Apple Pie” is a question and answer game and is used to train constructive (goal-oriented) questioning. The goal of the game is to guess a concept as quickly as possible by asking strategic questions.

The rules of the game: First, a category is given, e.g., an object in the room, an animal, an occupation, a city, etc. One person now thinks of a word (noun, i.e., a thing) from the category. The other person(s) asks yes/no questions to guess the object, e.g., “Does the animal have a beak”?

There are 4 possible answers:

An “apple pie” answer shows that the guesser did not ask the question clearly enough. Thus, teammates learn to ask and question more specifically and practice goal-oriented and conscious communication through the game.

This method enables groups to make better decisions and solve problems. The game aims to get ideas, associations, or feedback from the respective game partners.

The rules of the game: A group of participants is divided into pairs. Then the participants form an inner and an outer circle. The inner-circle players look outward, while the outer-circle participants look inward, thus forming a pair. The inner-circle people think of a problem (freely invented or a realistically existing one) and describe it to their partners. The partners answer spontaneously with ideas, solutions, associations, or single keywords. After a given time, a signal sounds, and the people in the inner circle move clockwise and repeat the procedure.

Thinking roulette works best with a heterogeneous group, i.e. people from different areas of expertise or other experiences and backgrounds— the more diverse the people and personalities, the more varied the answers.

“The head is round so that thinking can change direction.”
Francis Picabia

3. Putting on another Head

“Putting on another head” is a role-playing game with which one breaks free from habitual thought patterns and actions, thereby bringing unconscious things (abilities, knowledge, character traits) to the surface. The phenomenon can be applied to all areas where creativity is to be promoted or blockages are released.

The rules of the game:

The only requirement is that you put on the head of someone else you know something about.

Detachment from the habitual self is a suitable method for bypassing blockages. For example, if you think to yourself, “I can’t do that” or “I can’t think of anything,” then put yourself in your idol’s shoes, a famous personality, a world champion, a professional athlete, or more generally in a clever person. When you put yourself in another person’s shoes, you begin to imitate aspects that were already there but had not yet been integrated into your behavior. You absorb the attitude, and soon it is a part of you; it becomes flesh and blood.

Tip: It doesn’t have to be human! It is also beneficial to put yourself in the shoes of objects or animals in many activities – e.g., strong like a bear, see like an eagle, act like a (sly) fox. Also, you can modify the role play a bit and make it an “as-if” game. E.g., imagine you live in the 60s. Or: Be as you were in the 60s. These are two very different perspectives (one makes me older when thinking alone, the other makes you younger), and from this, you can already see the power of the change of perspective.

“You can know many things unconsciously by just feeling them, but not knowing them.”
Fyodor Mikhailovich Dostoevsky

This could also interest you: 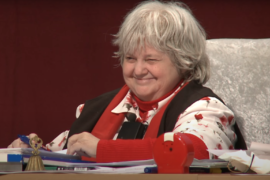 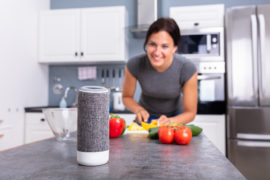 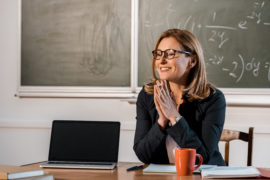 Opportunities and challenges of Distance Learning – an English teacher reports