Be creative! Through ABC lists

Vera F. Birkenbihl developed ABC lists. You can apply this creativity and thinking tool to all areas of life. Decades ago, Elizabeth Loftus found out that people remember information by listing them according to their first letter. This is the reason why it is easier for us to recall information by using ABC lists.

To create an ABC list, you should start off writing down the topic, called the problem. You can do that by hand on a sheet of paper or electronically. Then write down the alphabet vertically. There should be enough space to the right of the letters. Now you can start creating your list. Take about 2 – 3 minutes and write down everything that comes to your mind. You only need to comply with three simple rules.

ABC lists can be created for any topic. Anyone can use them, because you only have to follow three easy to understand rules when creating them.

You do not have to start at the top and go down all the way. This is counter-productive. Wherever some association pops up, write it down and move on. By moving up and down all the time, more associations, ideas, formulations, etc., will come up. Thereby, you use unconscious knowledge. It is the knowledge that you are not aware of! Repeat the process of moving up and down several times. We recommend setting a timer – 3 minutes maximum!

2. Gaps and multiple entries are allowed

No more pressure! When using ABC lists, you do not have to fill all blanks. If more than one association pops up – great! Write down as many as you want. If there are any gaps at the end of session one, you might fill them in the next sessions.

This is a technique for people who are already familiar with ABC lists. It ensures more productivity.

The ABC technique for creative work

This technique helps you to be even more creative. By filling in the blanks of an ABC list, you collect associations, which are “old connections” of our network of knowledge. If you do not know anything about a topic, you have a gap in the system. If you know a little bit about a topic, there might be a few “gnats.” If you know a lot about a topic, there are “clouds of gnats.” The connection of these gnats, therefore, generates associations. This implies that we can only associate things we already know.

To consult ABC lists mean to “make sense of it.” You can consult one or many lists you have created or lists somebody else has created. First, you should summarize double entries. You could even allocate weighting for all entries. Different associations, which state something similar, can be categorized. Thereby, you create a network of knowledge, helping you and other persons make decisions. Your lists can be the basis for new ideas that finally ease your life. 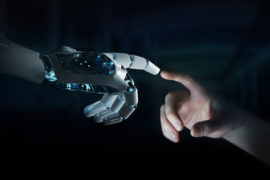 Understanding instead of cramming: why humans learn better than robots! 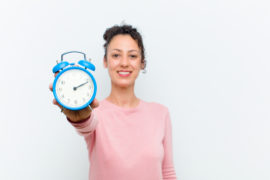 Keep it short! With short learning units to success