job and education students and parents teachers and trainers

The prohibition of one’s first language is supposed to make it possible to fluently and naturally learn a foreign language. The focus is on speaking and correct pronunciation. This approach (“direct method” as it is called) leads teachers to having to take great detours to avoid the mother tongue. However, a short explanation or translation in the pupils’ language would be much more efficient and time-saving.

Language learning as it was as a toddler is the goal. But why let the enormous advantage of already existing knowledge go unused? The benefit of knowing our first language so well makes language learning even more accessible and faster. Why? We will show you in this article.

Our brain stores new information if it is attached to existing knowledge. Think of your brain as a network of knowledge points with thousands of connections between them. The net expands when a new point of knowledge connects to an existing point. The more we know about a particular subject, the denser the web becomes. Additionally the connections between the points get stronger. So to learn something new, like a foreign language, this information has to connect to any old points of knowledge. The most likely and easiest way to do this is with existing knowledge points about other languages, like the mother tongue.

In 2016, Max Planck researchers in the Netherlands captured images of the brain for the first time while test subjects started learning a new language. They used an artificial language with real structures for this. The researchers noticed that it is crucial for the brain whether the grammatical properties of the new language (in this case word order) are similar to the grammatical properties of the native language. If these are the same, the brain falls back on familiar grammar when learning the new language.

Linking a foreign language with the mother tongue

Foreign languages are always compared—intentionally or unconsciously—with the mother tongue. To demonstrate this, we will use an example: If you know some Spanish, try to answer the following sentence:

Did you have an answer immediately? We tend to translate foreign languages before we respond to them. This process ensures that we understand the question or statement correctly. Adults, in particular, tend to translate everything, even if they are not asked to do so.

Using prior knowledge of the first language has another advantage: we learn faster! For example, Vera F. Birkenbihl, a German management trainer, states: “A child who grasps for the first time what is meant by the word honesty has now also learned the concept of honesty. The adult, however, already knows the idea behind this word. Terms that occur in the native language can therefore be learned far more quickly.”

So the toddler learns two things at once, while the adult is already one step ahead. He knows what a tree is and only needs to learn the foreign language “phrase”. A toddler needs almost five years to express himself correctly and understandably. In comparison, adults can do it in a fraction of the time, provided they know how. Without being able to explain it, we use the correct tense, vocabulary, and sentence order in our mother tongue. We can use this knowledge of the basic structure of our language and the so-called “feeling” for it to learn other languages. This works even without having to learn rules by heart.

By the way, the more pronounced the native language knowledge, the better the foreign language ability.

Are translations useful or not?

When you start learning a new language, you can hardly avoid translating the vocabulary. After all, if you don’t understand anything, you have to start somewhere. But until you have a very, very good mastery of the foreign language, you should refrain from translating from your mother tongue into the foreign language! This is because the target language works very differently from your mother tongue. And you should treat it like something different. Therefore, thinking in your first language and then translating these sentences into the target language will not get you anywhere in the long run!

Instead of translating individual words, find out how to use words and expressions in a specific context. Decoding, according to Vera F. Birkenbihl, is perfect for this. This exercise is also a type of translation, but it works in the other direction. And the translations always happen in complete sentences.

Decoding means “deciphering.” The tool for this is our mother tongue because we know it by heart. The first language serves as a bridge that we use to learn intuitively and quickly. At some point, we no longer need it. Decoding is especially important at the beginning of the learning process. Only then do we understand the foreign language and learn in a Brain-Friendly way. We will now show you in detail how to decode yourself.

In decoding, you translate an entire sentence or text word for word into the foreign language.

The rules of decoding

You decode and practice the foreign language phenomena according to the patterns and rules of your mother tongue—as accurately as possible. In this way, you unconsciously learn the sentence structure of the target language. And also conjugations (the formation of a verb), the formation of plurals, tenses, etc.

TIP: The MOVIE language courses from Brain-Friendly are based on already decoded texts from an entertaining TV series. This approach turns language learning into pure entertainment! Watching the film, reading along with the decoding, and having fun learning foreign languages. Language learning can be this easy! Have a look at www.brain-friendly.com

Decoding creates “bad” English. This objection often comes from the classical teaching field. But it is groundless because you want to learn a foreign language, not your mother tongue. Moreover, the mother tongue ability is so rock-solidly anchored in the brain that decoding will never deteriorate the mother tongue.

The idea of 1:1 translation goes back to the automatic processes in our brain. With a direct word-for-word translation of a foreign language into the first language, you support this process. In addition, you help your brain understand the new language’s meaning and structures more quickly.

For teachers: Communication between learners supports the learning process. If we forbid students to use their mother tongue in foreign language classes, we deny them a vital learning tool: co-learners. Chatting and speaking impulsively in the mother tongue allows students to check their understanding of what they have heard and learned. They can ask questions and get other opinions. It can also help to sort out thoughts and find more adequate translations and word meanings. Translations that are closer to their (rather than the teacher’s) horizon of life and knowledge.

The native language is therefore essential in language learning and should not be banned or left unused.

Long story short: Is the mother tongue essential or a hindrance to language learning?

Conclusion: The first language is the key to the second language. Those who have mastered their mother tongue have laid the foundation for learning other languages. It is the motor of our cognitive development until the foreign language can take over this role. We have known this for a long time, and it is confirmed again and again by research. 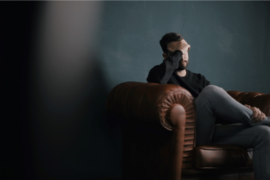 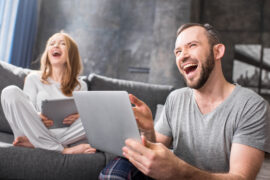 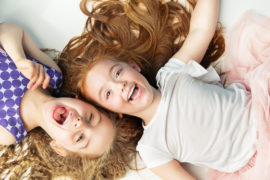